While I’m working on writing the first chapter or so of my comic Ghost Squirrel, I’ve decided to make a couple of “production design” illustrations.  These drawings are intended to help me explore and stage the locations featured in each of Ghost Squirrel’s major scenes. 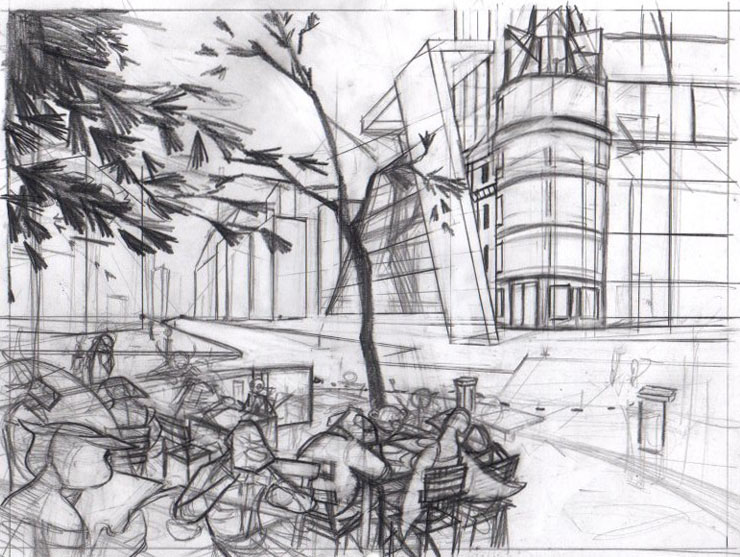 Above is the first rough drawing of a cafe outside a hospital (where Furtive Squirrel and Intrepid Owl originally go to meet Timid Mole).  I’m still not used to doing such complicated architecture and I lost steam on the big building in the upper right corner.

Ah well.  Hopefully posting it online will motivate me to move on to stage two.

Spoilers from the future: It won’t.