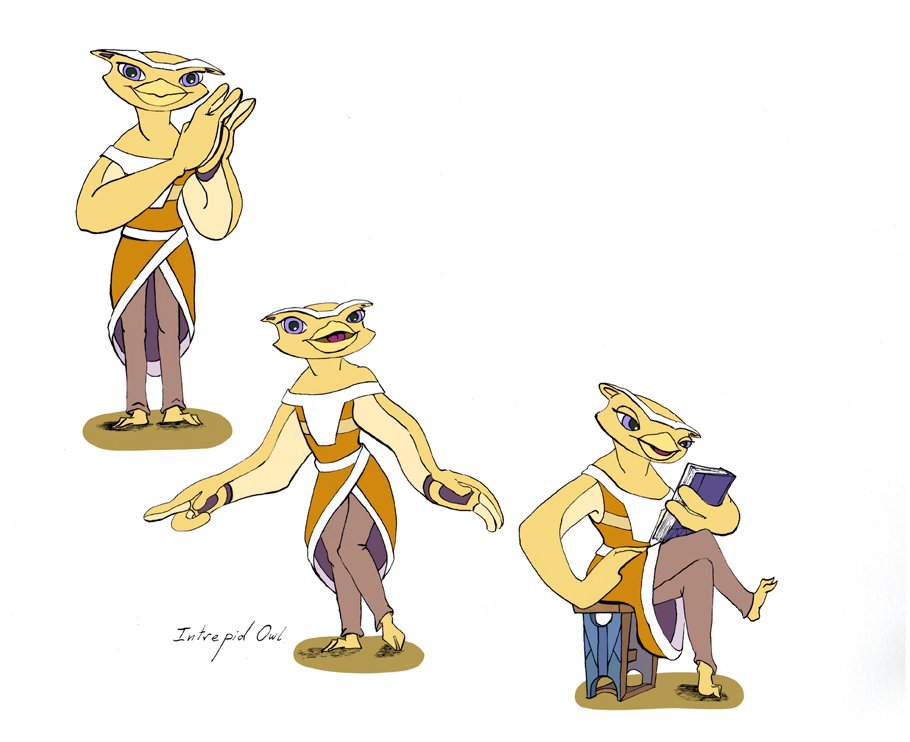 Villain character for Ghost Squirrel, the comic book project I’m working on.  Read on for a pitch description for Intrepid Owl.

Furtive Squirrel’s friend, ally, confidant and house mate.  She is one of the few people capable of interacting with Squirrel while he’s in Ghost form; so it’s a good thing she gets along with the guy!

Intrepid Owl moved to Woodland City to join LIBRARY CENTER, but while the scholarly Owl cares for research and knowledge above all else, she is not content to spend all her time in a library or lab (just most of her time).  She is just as eager to travel to weird locations to discover new cultures, previously undiscovered ruins, or just a good view.

She is not normally keen on people, however, and having to act as Squirrel’s middleman pushes her outside her comfort zone.  Conversing with someone who most people can’t see can get a bit awkward!

Since she spends most of her time in the field with Squirrel, she only gradually realizes that while Library Center (run by the esteemed Eminent Bull) is the premier center of culture and learning in Woodland City, it might also be the sinister root of the City’s supernatural problems.