Over the next few days I’m going to put up the existing character designs for Ghost Squirrel along with a bit of bio. 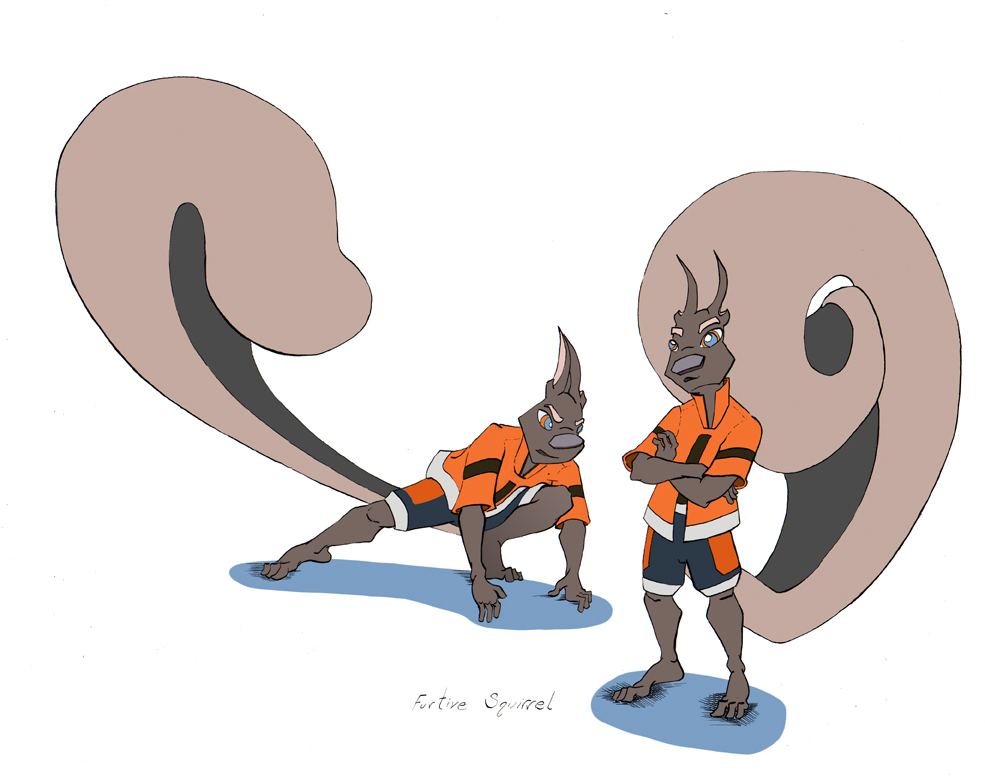 Part one of the character design for the main character of a webcomic project.  This is the standard form of the titular Ghost Squirrel.  Read on for part one of the pitch description:

This young cop is on his way to becoming one of the best detectives in Woodland City – no perp has gotten away under his watch yet!  His career takes an unexpected turn when a seemingly routine chase throws him into the affairs of the Old Spirits.  Not only does this cost him his badge, but his physical body.

Now back as a Ghost, Squirrel sets himself up as a private “ghost” detective.  His slogan: righter of supernatural wrongs.  His mission: aid and protect Woodland City from the supernatural forces conspiring against it, and getting stronger by the day.

Being a Ghost certainly has its perks – invisibility, intangibility, the ability to see supernatural energy (GHOST-VISION) – and Squirrel, never one to let a good opportunity go to waste, is more than happy to exploit these powerful abilities.