Bit of commentary from the future here, but man oh man is this hard to look at now.  Scratch that.  It was hard to look at when I originally drew it!  Below is a cover to Ghost Squirrel‘s original pitch, back when I was trying to convince people that is was a nice and cheery kid’s show. 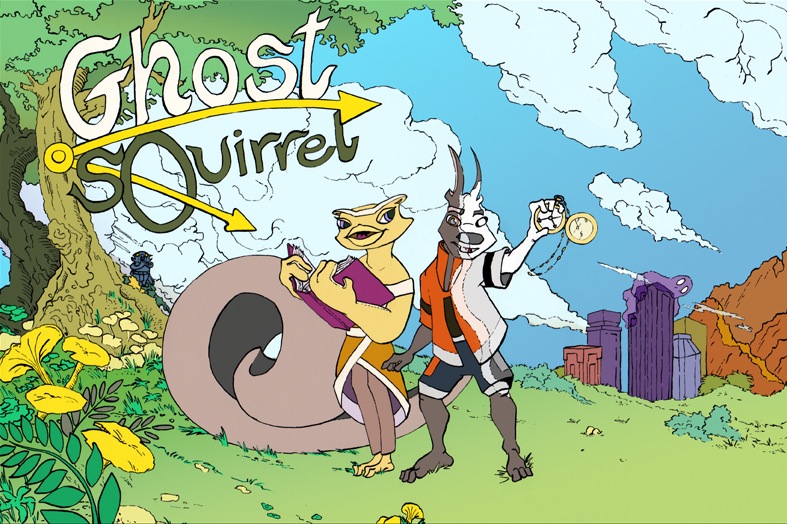 Oh well.  Still has merit.  Nice coloring for example.  Read on for the original text that accompanied this image.

Ghost Squirrel: A supernatural action-adventure featuring Furtive Squirrel, a Private Detective and a Ghost, and his friend Intrepid Owl as they take on everyday nefariousness, and otherworldly phenomena.

Is Eminent Bull a legitimate scholar, or criminal mastermind?  Who are the mysterious “Old Spirits” that haunt the woods?  And will Furtive Squirrel solve the biggest mystery of them all: who wanted Furtive Squirrel…disappeared?

I’ve been working on this as a animated TV pilot pitch (and I’ve officially registered my first project with the WWGA, very exciting).  I’ve been getting increasingly into comics, however, and will probably make this a comic book/graphic novel instead.